It seems like a moment of absolute manifestation. In April 2019, Stephen Ojo aka Papi Ojo found himself watching Beyoncé‘s Homecoming, like so many of us, dazzled, when he put out a wish into the universe to one day work with her. Just a few months later, he was dancing side-by-side with the global superstar. But, as most artists will tell you, for Ojo, it wasn’t an overnight dream come true.

You may know him as the “blue man” from Beyoncé’s Black is King, but the part Ojo plays in the film, loosely based on The Lion King, is a steady culmination of his story—a story that’s becoming more known with each wave of acclaim the film brings. Now, the 22-year-old is hoping you’ll enjoy his music as much as you enjoy his dance moves.

This past week, Ojo put out his latest single, the catchy drum-pulsing “Beremole.” It’s the fourth song he’s released as he’s started to get more comfortable with sharing the music he makes. “I’ve always been making music,” he tells OkayAfrica. “But I used to be really insecure about putting it out into the world.” Last year, though, he started to get over that, and began releasing tracks, one-by-one. 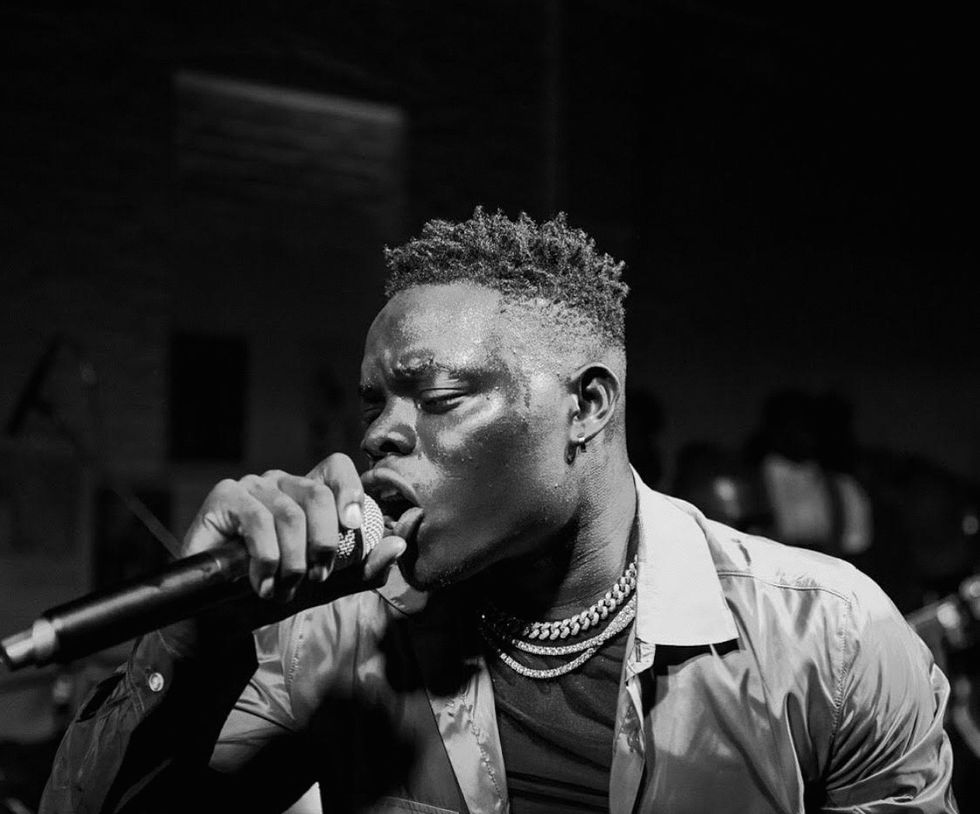 Photo courtesy of Seven One Six.

“Music has always been part of my family,” says Ojo, who was born in Lagos and moved to Brooklyn eleven years ago. “My uncle and my older sister both made music.” But Ojo says it took him time to get over his insecurities about putting out his own tracks. “Last year I just realized, I’m living this life for myself and my family, and I have to use all my talents. You only live once,” he adds. “I realized, ‘I have to stop worrying about people’s opinion about what I do’.”

Ojo’s 22nd birthday marked a turning point. His brother Emmanuel, known as Sedo, was 22 when he died after saving Ojo from drowning in 2016. It was on Ojo’s birthday that they shot the music video for “Already,” one of the parts in the film where his talent is most on display, in both his own moves and the ones he taught Beyoncé. “It was a tough day for me,” he says. “But just being on set and doing what me and my brother loved to do when he was alive, and doing it for a bigger purpose was important to me.” He admits having to stop at one point, but kept going because he knew he had to push through his grief.

Ojo’s personal tragedy has made the blue character he embodies in Black Is King even more meaningful to him. He’s received DMs and emails from people expressing their own interpretations of the character, who is believed to be a spirit force guiding young Simba. “For me, it was very personal. I told myself this blue is a kind of transformation for me and for my family. A time to move on in my life, and to be what I want to be as a man,” he says.

It was with his brother and his best friend Caleb Bonney that Ojo started a dance crew, A.V.O Boyz, learning routines and uploading them to social media. Before he initially worked with Beyoncé on the “Spirit” video, Rihanna’s choreographer, Tanisha Scott, reached out for a private dance lesson. This led to the memorable 2018 Grammys performance where Rihanna drew rapturous reviews for dancing the gwara gwara. “It just goes to show, it’s important to always make a good impression,” says Ojo. That impression has incorporated other high-profile teaching and dancing roles for artists from Big Sean and A$AP Ferg to Teyana Taylor and Janet Jackson, whose “Made for Now” video has over 72 million views.

In between, while keeping the NDA for Black Is King and not saying a word about his involvement, Ojo worked at the Amazon warehouse in Staten Island up until a few months ago, before leaving to focus on his creative work. He’s aiming to release an EP early next year, inspired by his love of Afrobeat as well as artists like P-Square and Sound Sultan, but not confined to the genre. “In the meantime, I’ll be putting out more music and more videos, and I also want to dive into acting” he says. “I love acting!” Earlier this year, he was in a short film, called Privilege, which made him want to go to more auditions.

Whatever he does next, Ojo says he’s taking what he’s learnt from everyone he’s worked with so far, not just Beyoncé. “All the people I’ve worked with—what they all have in common is that they are hands on in every single piece of their project; they don’t get blindsided by anything. From Beyoncé to Teyana Taylor to Janet Jackson, they’re able to stay on top of everything they do.”

He’ll also continue to do the things that have worked well for him in the past: prayer and manifesting. “The energy you put out there is what follows you. It’s what comes to pass.”