Sierra Leone is probably not the first place you think of when you think of blues music, but Bai Kamara Jr is hoping to change that.

Bai’s childhood in Sierra Leone in the 1970s was full of eclectic and global musical influences. His uncles introduced him to Bob Marley, Curtis Mayfield, The Police and Fela Kuti. But it was only when he went to the UK at age 15 for school that he first heard the blues.

Music came naturally to Bai but he had to negotiate with his family to embark on a music career, unconventional for the son of an ambassador. “We agreed to a trial period which is still ongoing” he jokes as he reflects on his close to three decades as a musician. Bai moved to Brussels in 1990 and his earlier albums reflect his self-proclaimed status as a world citizen, experimenting with soul, jazz and Latin rhythms. Over the past decade he began to delve into the history of the blues and its West African roots. During his sets at the legendary La Bellevilloise in Paris he heard styles like delta blues, the sounds of the American South, and the desert blues from the Sahara, but his region was silent. 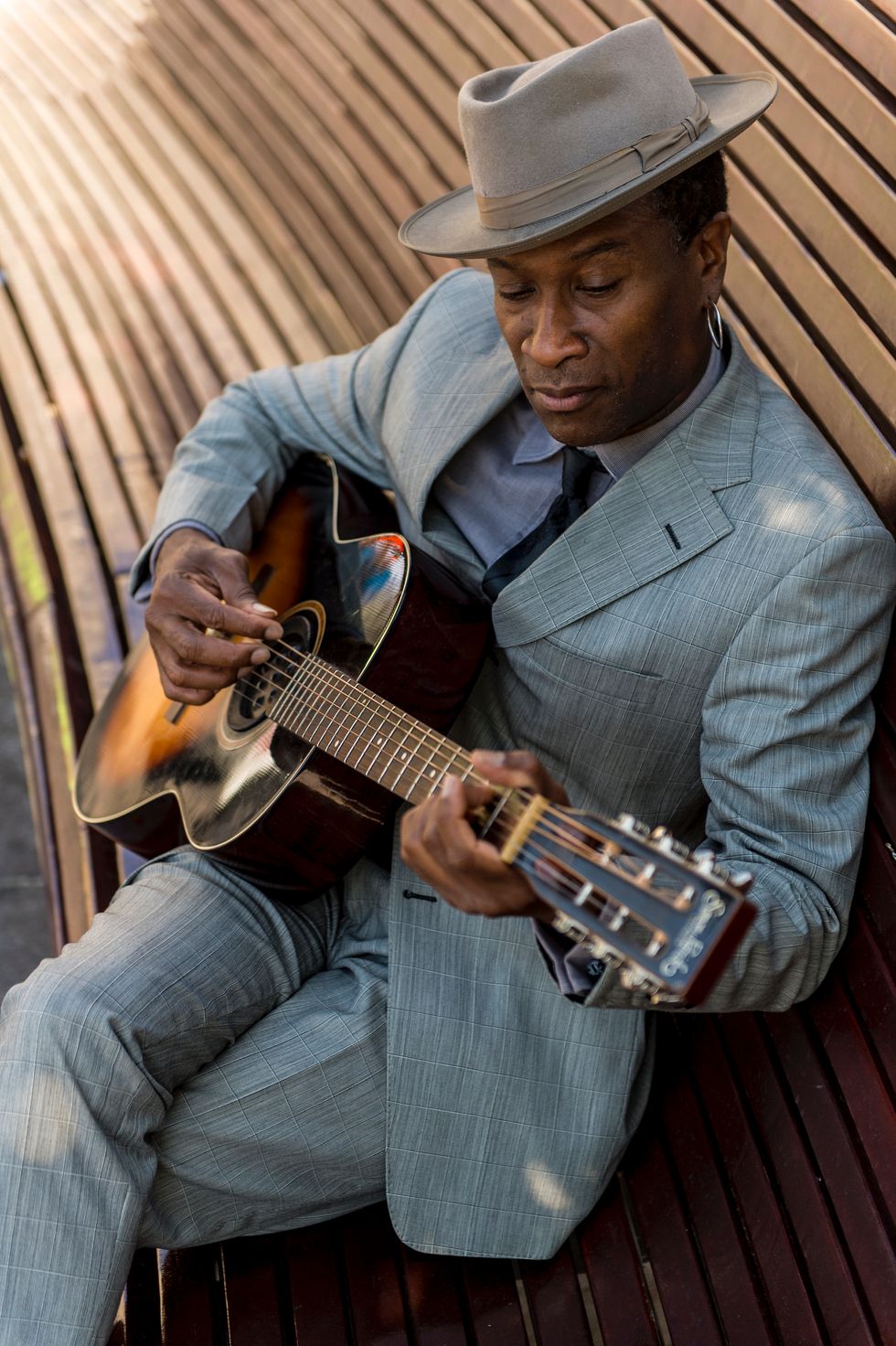 Bai wanted to create a blues sound for an English speaking audience which spoke about his West African heritage and so the album Salone, the affectionate name for Sierra Leone, was born. The album has already been nominated for Best Acoustic Blues Album at the Blues Blast Awards – the only non-American to be nominated in that category.

“Been away for so long” laments the song “Homecoming,” yearning for Bai’s outdoor childhood growing up playing in fishing villages and forests. Bai did not return to Sierra Leone for 15 years during the country’s civil war. He first came back to support a project run by UNICEF Belgium in 2007 when he wrote the lyrics. He witnessed the trauma and scars of the war but also Sierra Leoneans’ resilience and conviviality. Salone is a tribute to this spirit.

“Lady Boss” is a playful accolade to his mother, a “powerhouse of Africa” who travelled the world as a diplomat, pushing forward boundaries of power for women in her generation and the next. “She is into the #MeToo movement and me too” asserts the final lyric.

Bai identifies as a “protest singer” and his previous songs, such as “Refugee” and “If I Could Walk on Water,” have more political themes. Salone returns to the tradition of palm-wine music, popularised by S.E Rogie and Abdul Tee Jay, which sings about ordinary life and matters of the heart. Palm Wine music blends West African rhythms with calypso created by slaves in Trinidad and Tobago, reclaiming these stolen sounds. The song “Rest of Everything” is an homage of sorts to S.E. Rogie’s lilting guitar rhythms.

Bai speaks passionately about the need for Sierra Leone to preserve its rich cultural history, such as the prestige of having the first university in West Africa. Salone is a hybrid blues album which utilises African percussion alongside traditional blues guitar rhythms, such as in the song “Don’t Worry About Me.” Bai also learnt to play traditional instruments such as the marimba for the album. “I felt like a kid again” he says, “experimenting with different sounds, learning new techniques and revisiting my childhood.”

Like many small countries, musical styles tend to be dominated by regional powers, with Sierra Leonean musicians looking outwards to Nigeria or Ghana. This is propelled by the pan-African popularity of Afrobeats, which reverberates throughout the continent from Dakar’s sleek clubs to Kiberia’s corners. Bai hopes his album will introduce blues to a new generation and will inspire them to create a unique “Salone sound” by using traditional music in modern ways. He wants to encourage young people to learn to play musical instruments rather than only resort to studio produced sounds. 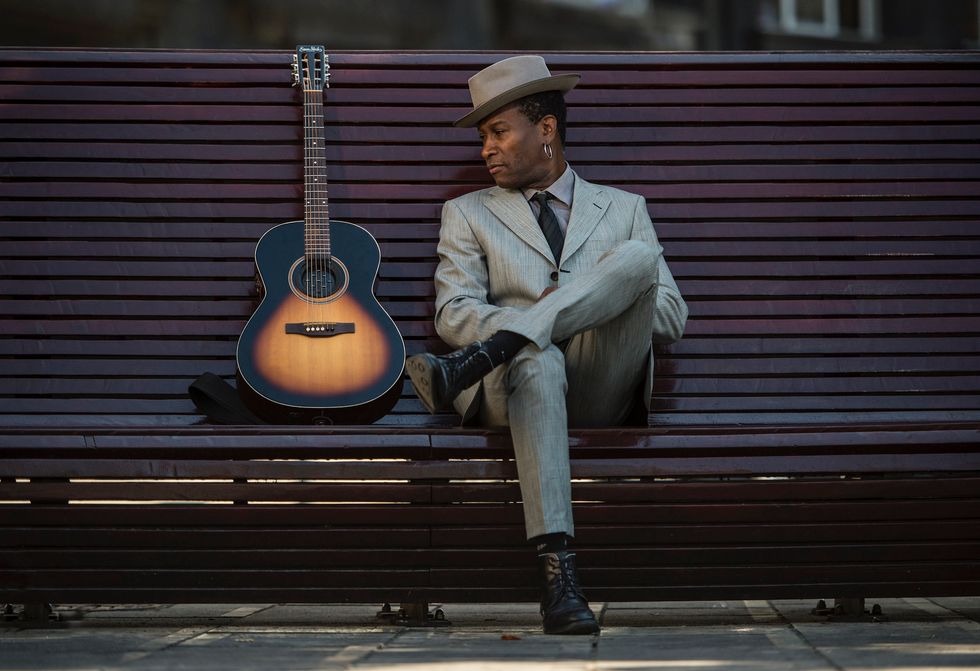 Bai’s contributions complement the efforts of diaspora musicians such as the late Janka Nabay who modernised bubu rhythms with techno beats or Seydu who preserves Fulha musical traditions in his songs. This is reinforced by “home base” musicians, such as Drizilik, who fuses bubu with hip-hop and rap, and folksinger Fantacee who incorporates traditional instruments such as the bata and the balangi. Platforms such as Ma Dengn and the Freetown Music Festival are trying to encourage live performances rather than lip syncing as well as showcasing the country’s musical heritage, through performances by Sorie Kondi and Amie Kallon, as well as current crowd pleasers, such as Block Jones and even Idris Elba.

The American success of Bai’s album was a welcome surprise and he looks forward to being able to reach new trans-Atlantic audiences when touring the United States becomes a possibility. The delays caused by COVID-19 do not worry him as he has faith in this timeless language professing that “the blues never go out of fashion.” But he longs to perform in Sierra Leone for the first time and to play at his former schools. “You are never too young for the blues,” he smiles. “It’s time to bring the blues back home.”

Sabrina Mahtani is a British-Zambian lawyer and writer. She co-founded AdvocAid, a civil society organisation in Sierra Leone that provides access to justice for women and girls. She writes in a personal capacity.

Interview: Mau From Nowhere Reinvents Himself

Listen to Zingah’s New Album ‘Sessions At The Crib’