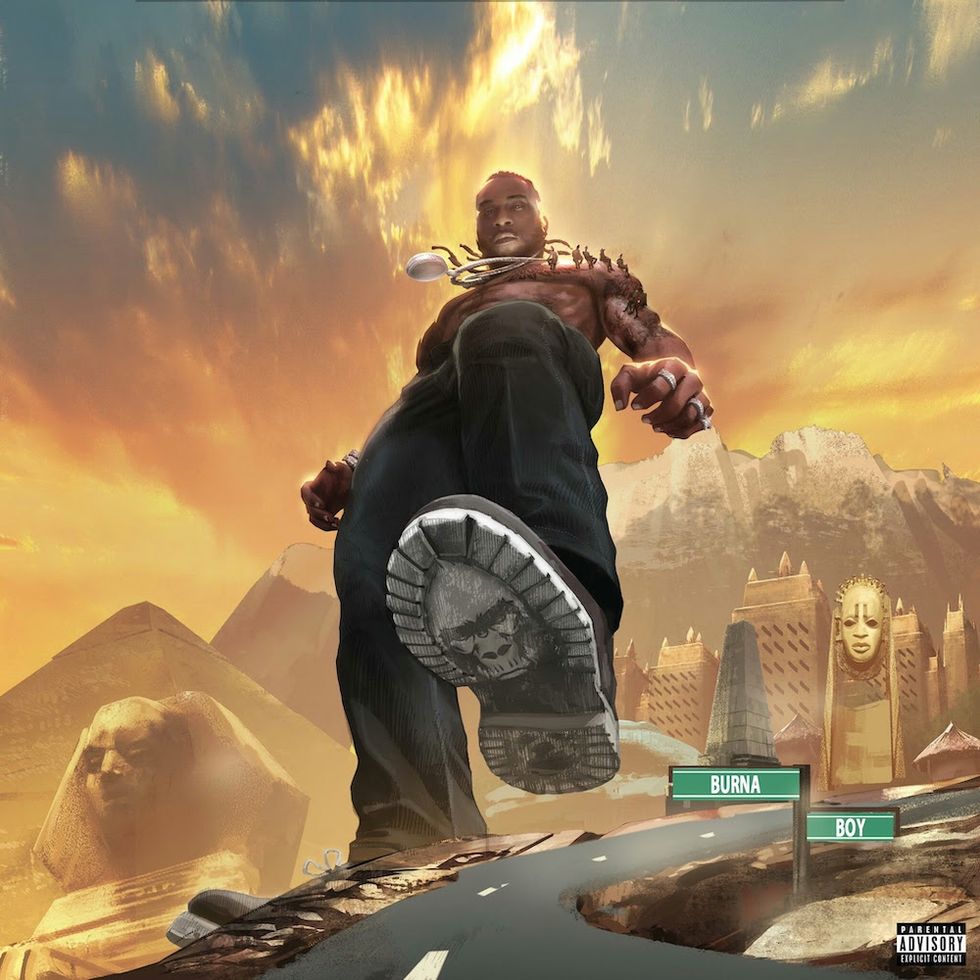 Twice as Tall, Burna Boy‘s aptly titled new album, continues to break records. It recently got announced that the album officially has the biggest opening weekend ever for an album (local or international) on the African continent (Sub-Saharan Africa markets).

Twice as Tall, which was released two weekends ago on the 14th of August, also has the biggest opening weekend ever for an African artist album on Apple Music globally.

While the actual numbers the album did weren’t shared by Apple Music, to date, Twice As Tall has hit number 1 on the overall album charts in 56 countries including the UK, South Africa, Ghana, Botswana, Mauritius and of course Nigeria.

Twice As Tall is Burna Boy’s third studio album since he became an international super star and one of the biggest artists on the continent when he released 2017’s Outside, which he followed up with African Giant in 2019.

Twice As Tall, which features Chris Martin, Stormzy, Sauti Sol, Yossou N’dour and Naughty By Nature, received mixed reviews upon release on Twitter, with some fans expressing they weren’t moved. The album incorporates more western influences than his previous projects, and the adjustment has been a bit jarring for some listeners.

In an interview with Zane Lowe on Beats 1 on the day of the album’s release, the Nigerian superstar admitted to the project being different. He said:

“It’s just very different because I’ve never really sat and been stuck in one place and had to make an album in that one place before,” said Burna Boy during the interview with Zane Lowe on the Beats 1 show New Music Daily. “So this is a new experience. It’s a challenge and it was a triumph. It’s a challenge because it’s something I’m not used to and it’s not really my comfort zone to be in one place. I feel like I’m probably like a traveller. A proper caravan.”

Stream Twice As Tall on Apple Music and Spotify.