Black people are thinkers and have been thinking about change and revolution for a long time. I often return to Audre Lorde whose thinking has shaped me in many ways. In February of 1982, she delivered an address titled Learning from the 60s as part of the celebration of the Malcolm X weekend at Harvard University. In her address, she said that, “As Black people, if there is one thing we can learn from the 60s, it is how infinitely complex any move for liberation must be.” In this, Lorde urged us to understand that any move for our liberation is one that is complex.

Reflecting on her words now, we see how they ring true when observing large scale global movements such as #BlackLivesMatter, #EndSARS, #EndAnglophoneCrisis, the global pandemic and several others. These movements have reminded us that the quest for liberation itself is undeniably complex and that it requires us to think quite deeply and sincerely about what liberation actually looks like.

As Lorde says in her speech: “[R]evolution is not a one-time event. It is becoming always vigilant for the smallest opportunity to make a genuine change in established and outgrown responses. For instance, it is learning to address each other’s difference with respect.” Although books will not lead the revolution, they are our tools to begin to concepetualise what others before us have done and how we can improve on what is already there. These books help us to begin to think and to imagine our freedoms particularly as Black people.

Below is a list of 7 important books written by Black authors about the revolution.

1. ‘How We Get Free: Black Feminism and the Combahee River Collective’ by Keeanga-Yamahtta Taylor 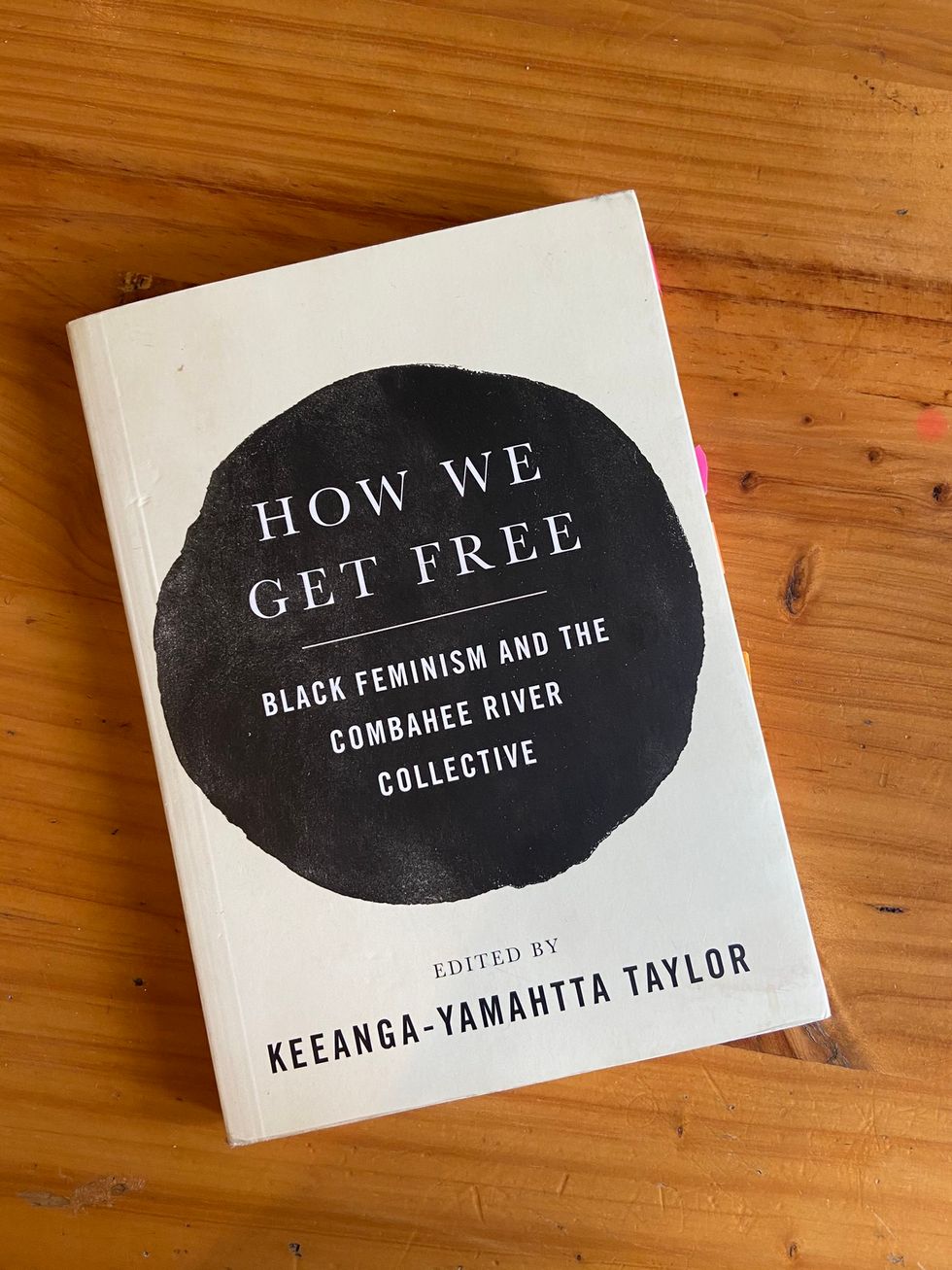 This book is a collection of interviews featuring the founders of the Collective mainly Barbara Smith, Beverly Smith, Demita Frazier. It also features Alicia Garza, co-creator of #BlackLivesMatter and as a bonus, a comment by Barbara Ransby, who remarks on the creation of the Collective and how it especially inspires her. The Collective was one of the most important organisations to develop out of the anti-racism and women’s liberation movements of the 1960s and 1970s. The conversations in the book are reflections on the legacy of the Collective with regards to Black feminism and its impact on today’s struggles. As Frazier says: “the point of talking about the Collective is not to be nostalgic; rather, we talk about it because Black women are still not free.”

2. ‘Freedom is a Constant Struggle’ by Angela Y. Davis

This is a collection of essays, interviews and speeches by the revolutionary Angela Y. Davis. These musings illuminate the connections between struggles against state violence and oppression throughout history and around the world. They are a reflection on the importance of Black feminism, intersectionality and prison abolitionism. Davis masterfully discusses the legacies of Black freedom movements. Additionally, she says in an interview with Frank Barat that is included in the book: “I would say that our struggles mature, they produce new ideas, new issues and new terrains on which we engage in the quest for freedom. Like Nelson Mandela, we must be willing to embrace the long walk toward freedom.” 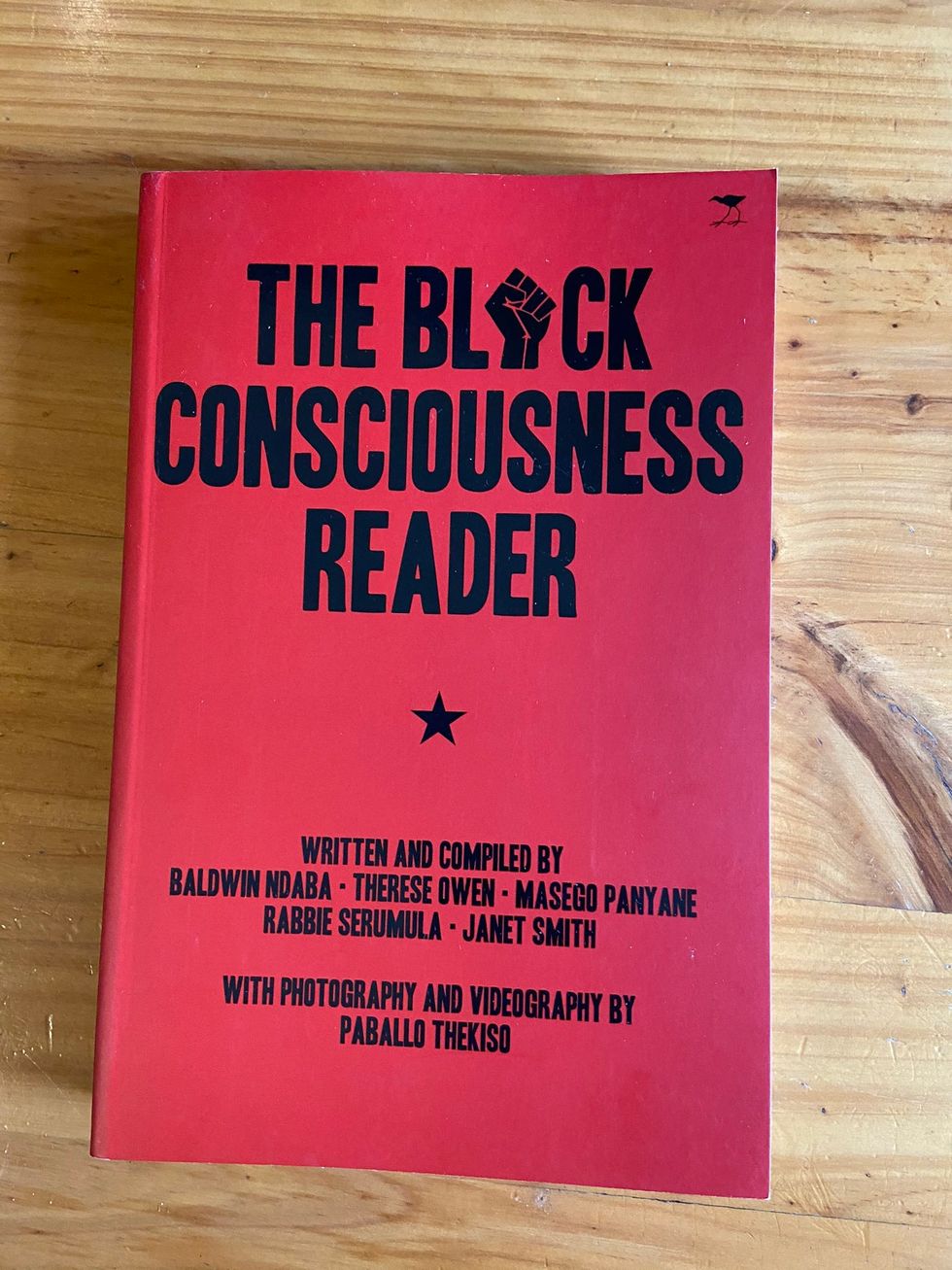 This book was published in the year of the 40th anniversary of Stephen Bantu Biko’s murder. The book is an essential collection of history, interviews and opinions about Black Consciousness. It examines how the proper acknowledgement of Blackness brings a greater love, a broader sweep of heroes and a wider understanding of intellectual and political influences. The book shines a spotlight on other significant Black Consciousness personalities such as Vuyelwa Mashalaba, Assata Shakur, Winnie Madikizela-Mandela and Onkgopotse Tiro, to name but a few. It is a perfect reading companion for both I Write What I Like and The Testimony of Steve Biko.

4. ‘Freedom in Our Lifetime: The Collected Writings of Anton Muziwakhe Lembede’ edited by Robert R. Edgar and Luyanda ka Msumza

Anton Lembede was the first president of South Africa’s African National Congress Youth League (ANCYL). He was known for this sharp intellect, fiery personality and unwavering commitment to the struggles at hand. This book contributes to the liberation canon by acknowledging Lembede’s early contribution to the freedom movement and his passionate and eloquent articulation of the African-centred philosophy he called “Africanism”.

​5. ‘From #BlackLivesMatter to Black Liberation’ by Keeanga-Yamahtta Taylor 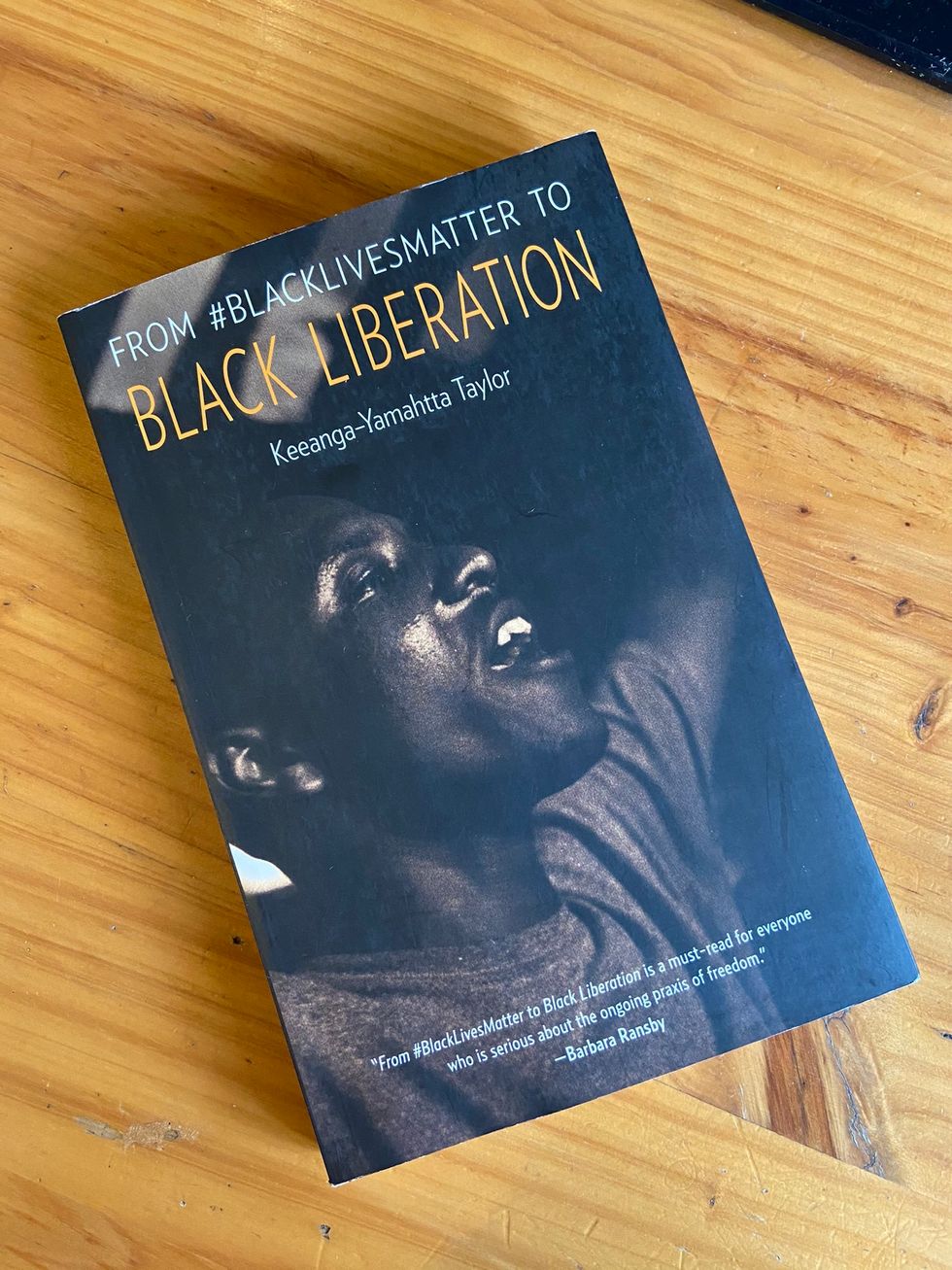 This book is about the historical and contemporary ravages of racism and the persistence of structural inequality including mass incarceration and Black unemployment. Taylor argues that this new struggle against police violence holds the potential to reignite a broader push for Black liberation. Robin D.G Kelley, author of Freedom Dreams: The Black Radical Imagination, said of the book: “Class Matters! In this clear-eyed, historically informed account of the latest wave of resistance to state violence, Keeanga-Yamahtta Taylor not only exposes the canard of color-blindness but reveals how structural racism and class oppression are joined at the hip. If today’s rebels ever expect to end inequality and racialized state violence, she warns, then capitalism must also end. And that requires forging new solidarities, envisioning a new social and economic order, and pushing a struggle to protect Black lives to its logical conclusion: a revolution capable of transforming the entire nation.”

Sankara says that, “We must dare to invent the future. Everything man is capable of imagining, he can create.” It is this call that we must heed––the invention of the future. This requires imagination and as South African Professor Pumla Gqola encourages, it requires that we must do some “dream work”. This book brings us Thomas Sankara in his own words. It is a careful selection of his writings and interviews from 1983 until his tragic and untimely assassination in 1987. 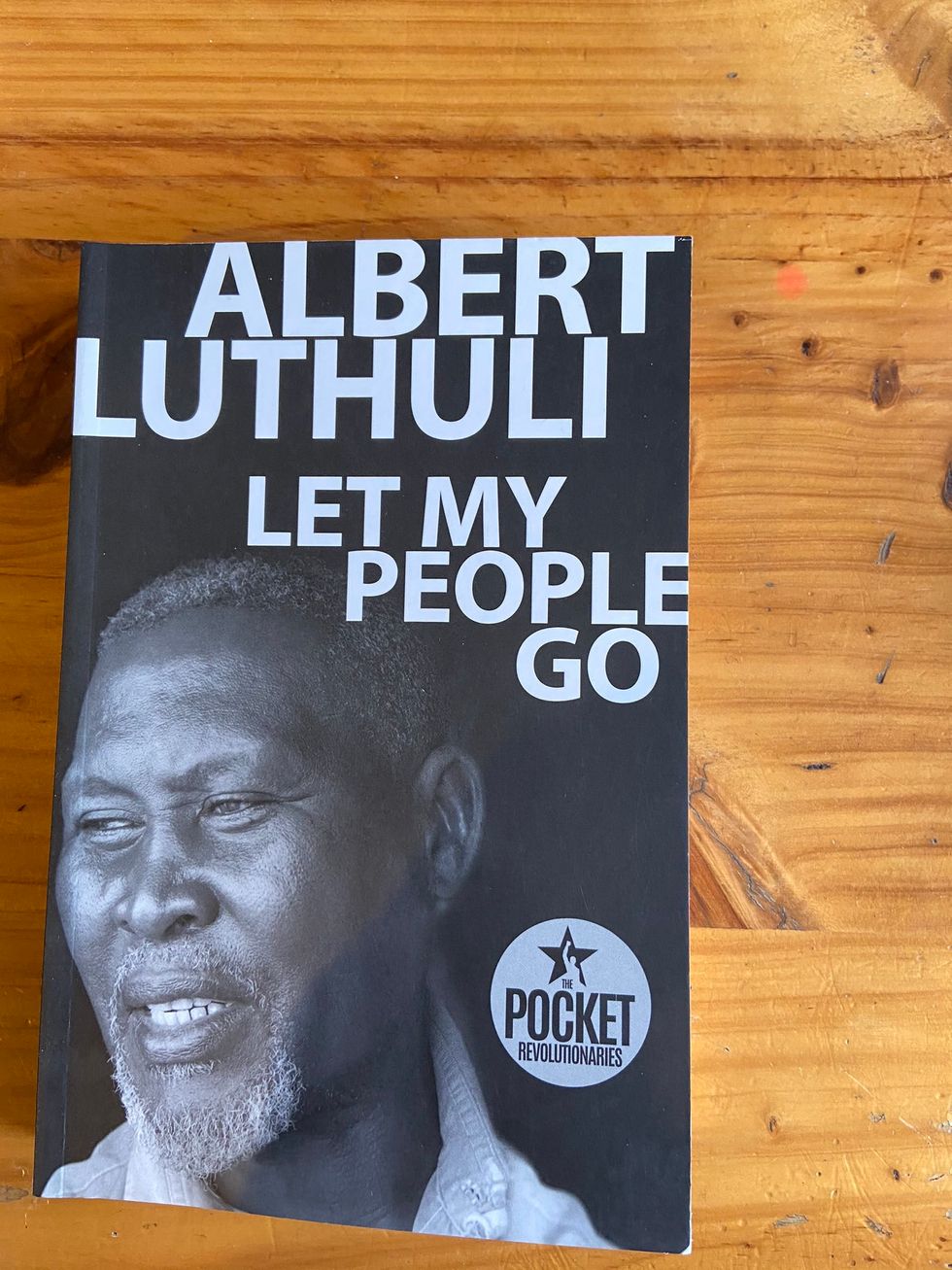 Luthuli writes in the preface of the book: “This book is the outcome, after long hesitation on my part, of the urging of my friends. It is true that in the last thirty years I have been increasingly identified with the movement of resistance against oppression by white supremacy in South Africa, until now, I find myself at its head. Nevertheless, I regard my life as one among many, and my role in the resistance as one among many.” Luthuli tells the story of the repression and resistance that were to shape the South African political landscape forever: the Defiance Campaign. This was the first mass challenge to the Apartheid regime. he also speaks about the drafting of the Freedom Charter, the infamous Treason Trial and the tragedies of the Sharpville and Langa massacres.