The lyrics that sum up how amapiano has taken over the South African nightlife go: “‘Piano, ‘piano, asisalali emakhaya ngenxa yakho” (which directly translates to: “‘piano, ‘piano, we no longer sleep at home because of you”). The line, sung by Aymos, personifies the genre and can be heard on the anthem by the super duo Scorpion Kings (DJ Maphorisa and Kabza De Small), “eMcimbini.”

“At that time, I was still new to the amapiano scene,” says Aymos over the phone, as he recalls what was on his mind when he recorded “eMcimbini”. “I had just met DJ Maphorisa, and he had asked me to come to the studio. I wanted to prove to them (Scorpion Kings) that I was good for this, I wanna work. I didn’t wanna mess up the opportunity because it was one of my biggest opportunities to be in the mainstream industry and I felt like I really needed to impress them.”

He further details how the song was inspired by the current generation and “ama 2000” (people born in and/or after the year 2000), including his own sister who had sneaked out to go partying and did not sleep at his home the weekend the song was recorded.

Having started singing at church and in a school choir, Aymos hasn’t always been a dance/house vocalist. In fact, his single “Zaka” was an Afro-pop song before getting remixed by Mas Musiq, Kabza De Small and DJ Maphorisa to become a ‘piano hit that has amassed over two million views on YouTube.

Born Amos Babili Shili, in the Joburg township of Thembisa (formerly Tembisa), the 24-year-old musician has been trying to break into the music industry for years. After introducing music at his high school and achieving some success with the school’s choir, he started being a sessionist and vocalist for local house deejays while releasing his own music, to not much acclaim. He was on the brink of giving up on music when Mas Musiq came to his house to ask for the “Zaka” vocals after discovering the song on YouTube.

At first, he didn’t like amapiano and the idea of his song getting remixed, but he quickly realised he had nothing to lose. “Within three hours after I had handed the vocals to him, the song was already all over Instagram. People were crazy about it,” Aymos remembers. “But the thing is, I was so annoyed at that time and I thought these guys have ruined my song, I couldn’t even follow my own lyrics because it was so fast.”

After seeing the response from fans and how much they liked the amapiano version, Aymos figured that he could bring something different to the genre—he set out to “add the soul, bring meaningful lyrics with a message onto amapiano beats.”

This sentiment is often evident and is echoed in his music, songs like “Bambelela“, “Ub’Ukhona” and “Bathethelele“, speak on perseverance, gratitude and forgiveness; with an underlying spirituality theme, which is uncommon ground in most amapiano songs. The timbre of Aymos’ voice and his songwriting ability add a harmonious texture to dance music.

“I write the music the same way as I did with Afro-pop, it’s just that now, what I’ve done is slightly different, it’s just adding a gimmick and repetition here and there,” he explains. However, he understands that the casual amapiano fan does not necessarily want conscious lyrics. “They just want to dance and have fun,” he says.

Whether it’s chant-like call-and-responses or melodic singing, vocalists have also played a part in the commercial success of amapiano. Before the incorporation of vocals, the genre was seen as “underground” and regional. It would take the addition of vocals for national radio and TV to pick up songs that later became national hits. When asked if he feels like vocalists are as recognised as amapiano producers, he says: “Honestly, producers and deejays are well recognised more than everyone; more than us vocalists and sessionists.” He stresses how music is a collaborative effort and everyone involved contributes towards making it, but somehow the people that get recognised the most are producers and deejays, which he feels is not fair.

In April this year, Shili released a collaborative EP with his frequent collaborator deejay and producer Mas Musiq, titled Shonamalanga, as part of a series of drops which saw Maphorisa’s label, Blaq Boy Music release six projects in 24 hours. The two Thembisa natives understand each other, are on the same wavelength musically and often perform together at gigs.

“I purely want quality. I want the music to make me happy and fulfil me first, because I understand that I will have to perform whatever I do in the studio,” he proclaims. “Mas Musiq gives me time and allows me to write as long as it takes. Sometimes I will take hours until I feel like I’m wasting his time, and he always tells me not to worry. And the more time he gives me to write, the more creative I become, you know, because I don’t feel pressured.”

Aymos is one of the few artists that are building a bridge as amapiano travels and reaches some parts of the world —producers in different regions are adopting and incorporating the sound. At the top of the year, the Thembisa-born vocalist collaborated with Ghana-UK based producer Juls on “Tembisa”, a song he regards as one of his favourite collaborations yet, along with “Potential” (with DJ C-Live and Gobi Beast) and “Ub’Ukhona” (with Mas Musiq and Sha Sha). 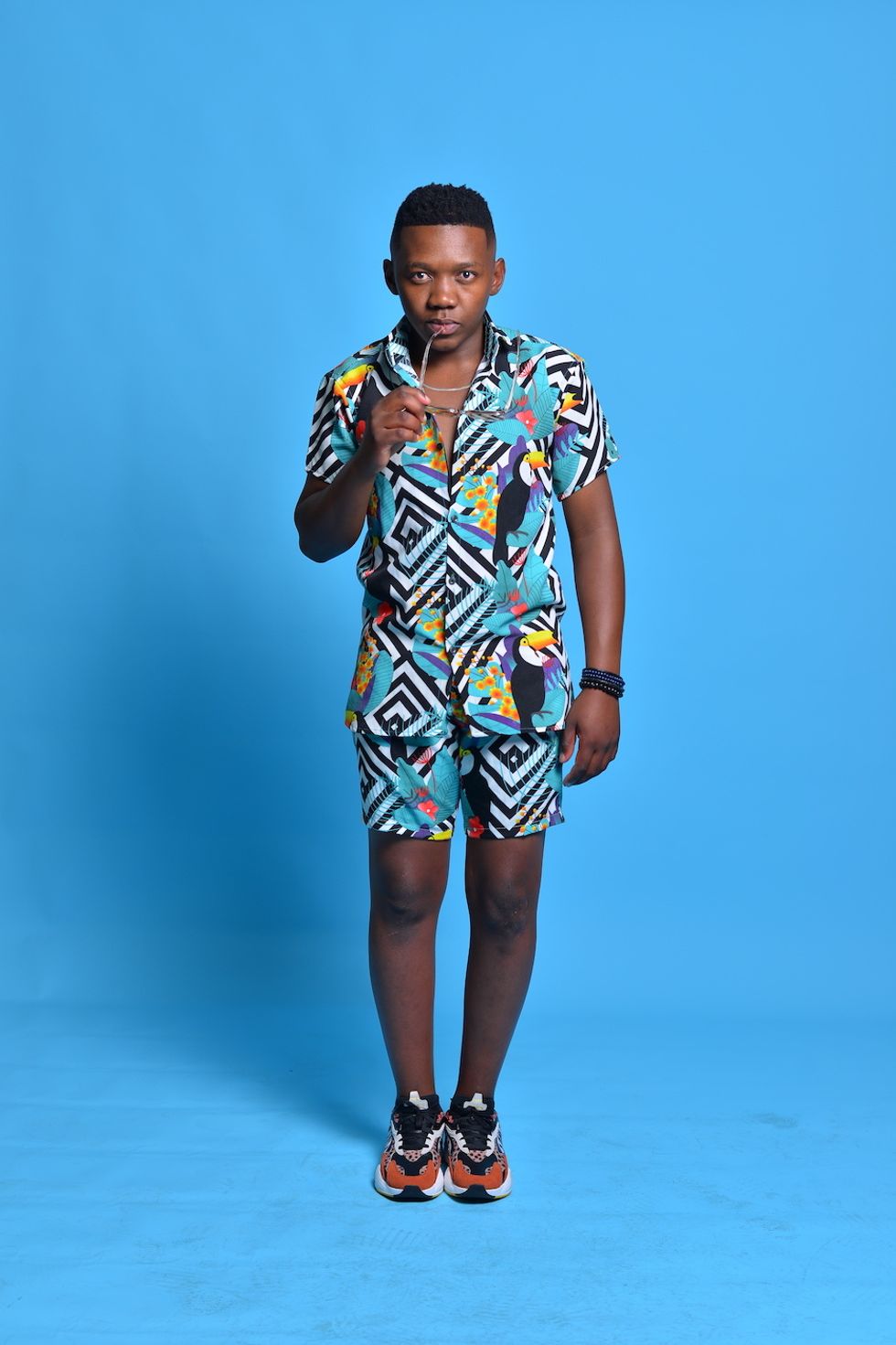 “When Juls came here, he made it clear that he wanted me to be myself. That on its own gave me room to express myself the best way I know how. It gave me courage to keep on feeding people who I am as opposed to giving them what I think they would love to hear. It comes easy when you are being yourself,” he proudly says.

Music runs in Shili’s blood as he expresses on “Isegazini” with Moonchild Sanelly and Theology HD, a collaboration that came about as part of a challenge by Red Bull to get artists to collaborate virtually and create a song in 72 hours, during the lockdown in May. He initially prepared a variety of lyrics for the session, but ended up not using any of them, and had to write something new, resulting in him spending 12 hours in the studio recording the song.

As much as he is well-known for being an amapiano and house music vocalist, the singer-songwriter is finally ready to show people what else he has to offer musically with his forthcoming project titled Yimi Lo (“this is me”).

“I am not subject to a certain genre of music, I can literally do anything that I feel comfortable doing. I will give and serve people with all I know, all I’ve been meaning to give them all these years. I have included Afro-pop and amapiano songs,” he reveals.

Aymos has founded his own label, Content Vibes and is set to drop two singles “Matla” (with Zakes Bantwini) and “iParty Yam” (with Kabza De Small), leading up to Yimi Lo which will follow in early 2021.