Two of the biggest songs in South Africa at the moment “Price to Pay” and “Dumelang” have label mates Blaq Diamond and Malome Vector in common. In the former, Malome Vector is featured by yet another label mate, Miss Pru, and “Dumelang” is his first official single since signing with Ambitiouz Entertainment back in November. “uHulumeni,” another song by Miss Pru in which he’s featured, is promising to join the string of success.

Malome Vector isn’t new to churning out hits. In the last few years, he built his name in his home country Lesotho through local hits such as “Khosi,” “Nobodym,” “Ichu,” and “Motho Waka.”

The artist draws from Lesotho’s rich music heritage and hip-hop, which he has a long history with, having started out as a battle rapper. Those influences merge in his own version of Afro-pop. Malome Vector is right at home at Ambitiouz Entertainment, a label whose artists pride themselves in incorporating their cultures in their music.

In the interview below, Malome Vector speaks about incorporating different influences in his sounds, his hip-hop roots and seeing his hard work finally paying off.

This interview has been edited for clarity and length.

Coming from Lesotho, how did you get to work with Ambitiouz Entertainment?

I think they saw my work on social media, because I used to push a lot. Back in Lesotho, I dropped some hits. So, I think they found me on the Internet. They saw my work on YouTube and contacted me on Twitter. We talked, they called. They went to Lesotho. We had a session. A dope session. They were happy. I came to Jozi. We had a meeting, then I started working.

You used to work a lot with Mega Hertz. Please tell us about that relationship.

We’ve been working together since day one. I actually took him to studio. I used to buy beats from him. He’s a producer now, but he’s a rapper and a singer. We used to be close friends. We’re just cool now. We’re not that close because I’m here, he’s still in Lesotho. But we used to work hand in hand. You can say he made me, I made him.

Coming from the Lesotho scene, especially with a history in battle rap, what was the reaction from heads when you got signed?

Some weren’t [happy], but most people were very happy for me. I was happy and scared at the same time like, ‘this is such a big platform for me. Would I be able to make music for these people? Will I be able to satisfy all this Africa?’ But I was very happy.

What are the things that you would say are different now that you are signed compared to a few years back when you were just doing all of them on your own?

Who were you looking up to in the Lesotho music scene when you got into making music?

I grew up looking up to Lesotho singers, those farmer singers. Guys like Sankomota, [Mosotho] Chakela, Famole… there are so many. I grew up listening to them a lot. They’re very influential in my music now. And [hip-hop artists] like HHP, and Morafe.

Coming from the battle scene, what made you move to this, the current sound?

Truth is I’ve been singing a lot since way back. Most of my songs weren’t hip-hop, but Afro-pop. I used to do Afro-pop a lot. I recently started trapping. “Price to Pay” and “Dumelang” are my first trap songs after a long, long time. I was just in the studio, and I was like, ‘let me trap a little,’ and I started trapping. But I used to sing a lot. I’m still going to sing. I am still going to do Afro-pop and other different stuff, I’m not just a hip hop artist, I’m really versatile.

You worked with Blaq Diamond on both “Price to Pay” and “Dumelang” which are big right now. How has it been working with them?

It’s been really dope. For the first time I find the guys who worked as hard as me. Even now, we were at the studio working. We have so many songs together. It’s so dope. I feel inspired all the time. I’m so motivated. It’s a dope feeling.

Did you ever see both “Price to Pay” and “Dumelang” becoming as big as they currently are?

Are you currently working on a project?

Yeah. But I’m not sure about the release date yet.

Can you tell us about it?

After the highly publicised commotion between Ambitiouz Entertainment and some of its signees in the past, what feeling did you get when you decide to sign?

I like focusing on my own stories, so I don’t let it get to my head that hey, ‘they did this to who, did this to who.’ Nah, I don’t focus on that. If they do that, let it to happen to me. 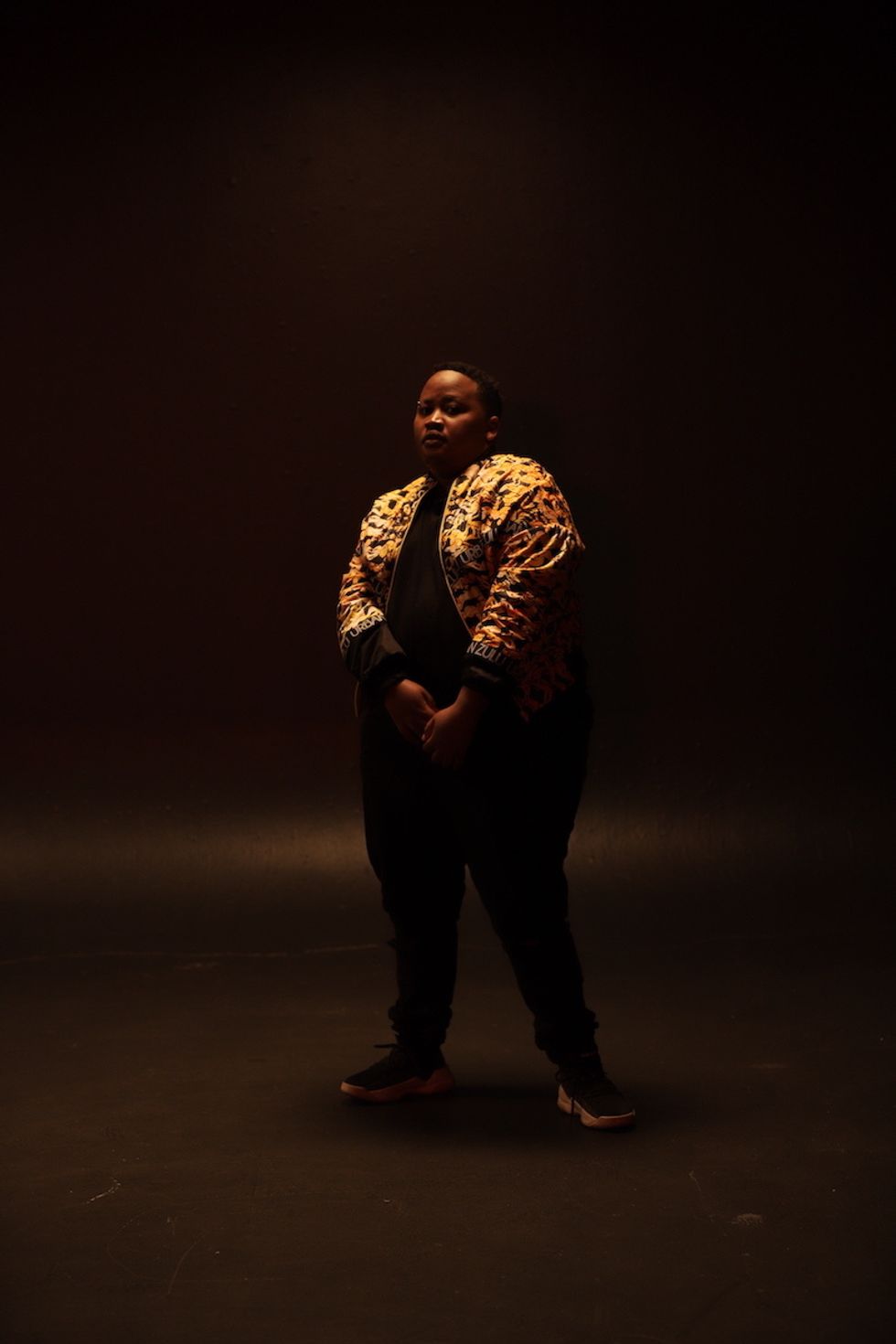 Making music in a country like Lesotho where there are limited resources and a small population makes it very hard for a musician to succeed the way you have in SA. Did that ever discourage you or were you always hoping to cross over into SA?

I wanted to quit so many times but I just couldn’t. I would decide I quit today, and tomorrow I’d be making music again. My dream was to be in SA and have access to bigger platforms. In Lesotho we only have small platforms. We have one TV station. So, you can imagine. It’s very hard for us to promote and market our own music. We only have community radio stations. We don’t have big radio stations. My dream was always be able to market Lesotho music in SA.

So how were you trying to achieve that? Was it just sending emails to YFM and Metro FM hoping for the best?

And it really did happen, you manifested it and it happened. How does that feel?

I feel like a king. For real, I’m so happy. Sometimes I still don’t believe I’m here. I look around, it’s like ‘yo, finally I’m in Jozi. Finally, I’m living my dream. Finally, I’m doing the most.’

Have you been back to Lesotho since?

You ever wonder what it’s going to be like when you go back home? Shit will be different now.

I was already a major superstar before I came here. So, I don’t know about now, but I feel like it’s going to be a movie for sure.