“Quinamino,” the track that catapulted Azawi to fame, was written in 40 minutes at a studio in Kampala, Uganda. She had written the love song not as a musician but as a songwriter intending to sell it to another artist.

“I wanted to sing good vibes because that is what sells,” she says. “I was looking at it from a business perspective.” Swangz Avenue, the Ugandan based record label she planned to sell it to had other ideas; they wanted to sign her as an artist.

“A few people that work at Swangz Avenue told me that [the CEO] played the track I don’t know how many, like a couple of times, he loved the track,” she says. “And that moment after sending him the song, I remember he told me, ‘Do you have other tracks that you can send to us?'”

Today, “Quinamino” has gained over 1.2 million combined views on Youtube and is part of an EP which has received nearly 500,000 organic streams on Apple Music and Spotify.

I meet Azawi in her Kampala home. When she walks into her living room, where I have been waiting for almost an hour, she is in the company of friends, clutching a cup of ice cream, and wearing the biggest smile. She is barely in the room when she starts to apologize for being late and when I reach out for a handshake, she embraces me instead.

Later, she says to me, “Being an artist has to start from character. How do you treat yourself? How do you treat the people you work with? I want to be the artist that respects people.” But first, she goes to change into another shirt, very colorful and nothing like the black she had come in with. Her dreadlocks are tied in a bun, she sits by me on the couch and says she is ready, when in fact the truth is the 26-year-old has been ready her whole life. 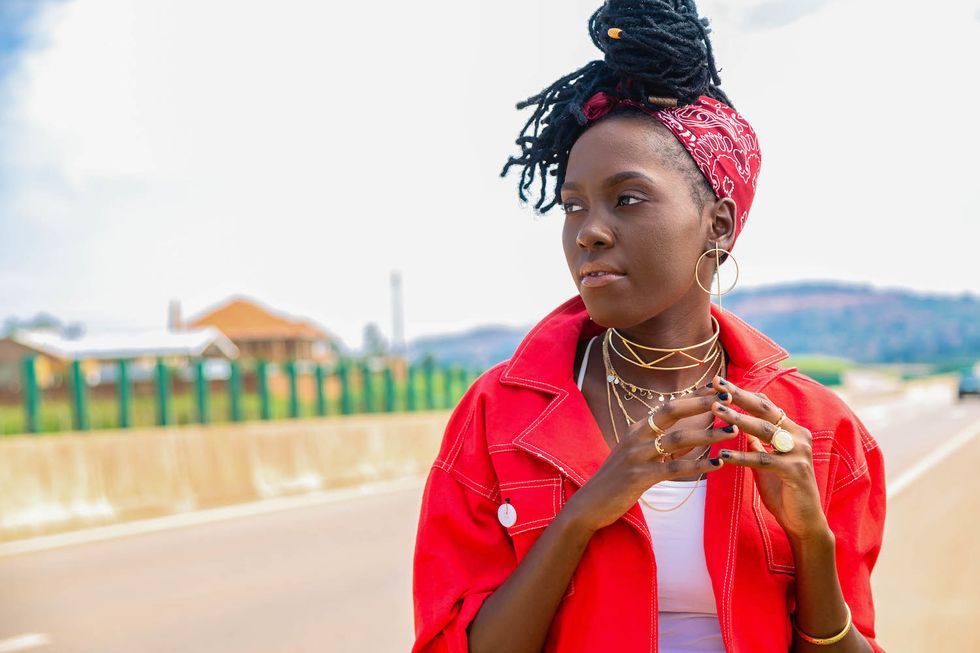 Born Priscilla Zawedde, Azawi grew up in a Kampala suburb and has towered above her lower middle-class background to becoming a popular musician in Uganda and beyond, barely a year since she started singing professionally. “I didn’t expect to move this far,” she says adding that she’s proud of herself. “If I’m here today, that means there’s something special about me. And that counts.”

Her music journey surprisingly starts with her being a dancer in 2005 when she joined a cultural dance troupe that performed around the country. “We used to dance this funny dance where all we’d do is jump. I hated that dance,” she says laughing. “The trainer would come with a big stick, just swiping it down your feet [and] when you don’t jump high, that stick just hits your feet.”

She adds, “Everything that I learned from that place actually prepared me for today.” To arrive at the “today” though was no easy feat. Azawi had to continue to earn a living as a dancer and after realizing that she was failing in school, she stopped dancing. She nevertheless traveled twice to China to perform with her troupe and in 2011, she started writing songs, first as a hobby, before realizing she could make money from it. When her father died in 2012 and her mother who worked in a saloon started to struggle even more to cater to her and her two siblings, Azawi knew she had to make money from songwriting.

She started to sell her songs to other musicians while in secondary school and with the help of her friend, a venture that was not always fruitful. “They could take the projects, but the payment would be a hassle. You can give someone your project and they pay you after like two years,” she says.

Realizing she needed a new way to make money, Azawi joined a band in 2015 while doubling as a waiter at a restaurant her mother had just started and at the same time studying for an undergraduate degree. “I applied for the evening program so [in] the evening is when I went to campus to study for like two hours,” she says. “Then from 7 pm, I had to make sure that by 8 pm, I was at the show premises.” Azawi got UGX6000 (around $1.62) per show and she confesses that she spent the money buying a deep-fried fish sold at the show venue. “It was the main reason as to why I always wanted to go for the shows, to have that roasted fish, and the salads and the cassava.” 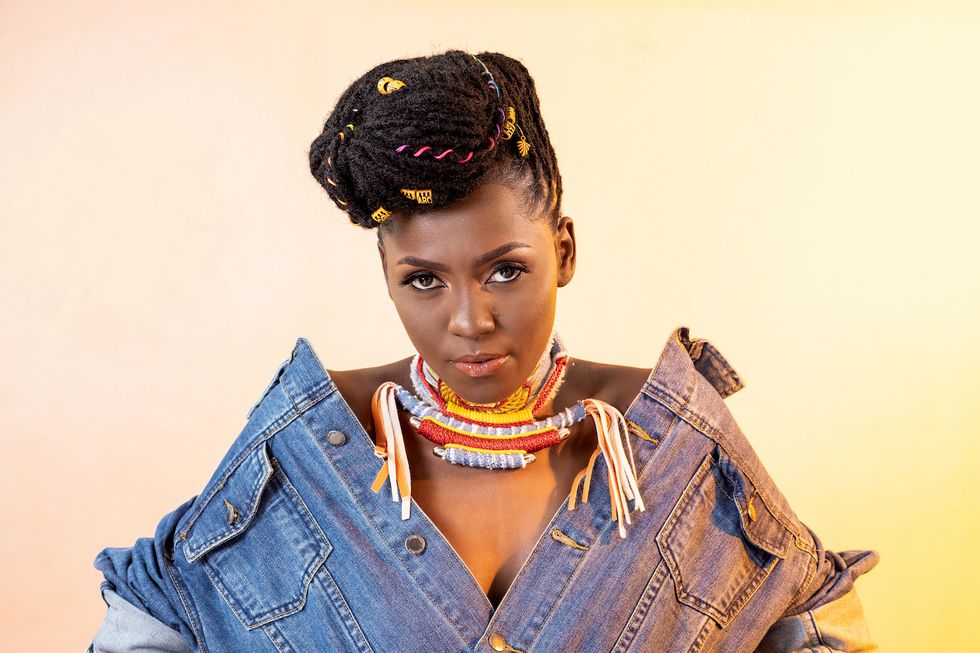 It was four years after she joined the band and shortly after she quit her job as a waiter that she wrote “Quinamino,” intending to sell it. Yet when she walked into Swangz Avenue for the first time in August 2019, she got an offer to become part of the label instead. “I don’t know if I have the perfect words to express how I felt in those few seconds but they were sweet seconds, sweet seconds of my life,” she says beaming.

Perhaps the most interesting thing about Azawi is her refusal to be boxed into any genre or any labels at all. She describes her sound as a fusion of many things, combining influences from her time singing teggae with the band and just anything that feels good. “Why should I keep myself in a box? That would be like sitting on my art, sitting on my potential,” she gesticulates.

“I don’t want to be a monotonous artist, I just want to be an artist,” she says. “I don’t want to be an artist with you know, details attached to me, or names attached to me. I just want to have that name Azawi, the artist, period.” Her nonconformity stretches beyond her music and into her clothing, a rather fluid style that challenges the norms of how women should dress. It has also certainly sparked some criticism and fed gay rumors about her in a deeply homophobic country, but she is not bothered by them at all.

“People always talk but the most important thing is understanding yourself,” she says. “I’m not going to explain to you why I dress the way I dress [or] why I behave the way I behave…I am not answerable to anyone.” Except to herself, it appears, the singer continues to strive to exceed her expectations.

The video for “Repeat It,” another song off her EP released in the middle of lockdown has garnered over 1.6 million views and “Quinamino” was recently featured on a mix by Major Lazer, a win she holds dear to her heart—a heart which carries even bigger dreams.

Despite her growing fame, Azawi is thankful for her process. For her live shows, she still sings with her band and they are featured in the “Quinamino” video too. It also remains a special song to her. She says, “I just wrote this song, it was just one song that changed my life. Like, you only do one simple thing like this and it changes your life.”