I remember stepping off the plane after our layover in New York City; we just flew 8 hours from Italy to our new home in California. I spent the first 7 years of my life living in Italy immersed in the Italian/Ghanaian culture. The only English words I knew how to utter were “yes,” “no” and “hamburger,” words that were always delivered with a smile. It was 2002 and George W. Bush was president.

It would take 18 years after stepping foot off of that plane to gain my standing as an American citizen. I spent 16 of those years living with simultaneous feelings of fear and hope as an undocumented Immigrant. I did not have voting power. I was merely gazing at a country I called my home but felt voiceless when it came to creating an impact.

I spent those first years in the U.S. learning about the 9/11 Terrorist Attack, Iraq War, No Child Left Behind, Hurricane Katrina, and nearing what would be one of our greatest recession in history. It was all incredibly confusing to me. How could so much could happen in a country? How could someone not fix this? Why was there always so much drama? When Obama was elected in 2008, I felt a slight shift. I was 13 years old and someone who looked like me was the President of the United States. Under his administration, we saw many societal changes such as the repeal of DOMA (Defense of Marriage Act) that allowed same-sex couples to get married and DACA (Deferred Action for Early Childhood Arrivals) which allowed me the opportunity to be employed and receive a Driver’s License while I was undocumented.

As an immigrant and a child of immigrants, politics have always been a part of my life and continuously shaped it, for better or for worse, in the 18 years that I have lived in the United States. I was born in Italy to two Ghanaian parents who believed I would have more opportunities in the U.S. than in Italy. They weren’t wrong, but we certainly experienced the multiple inequalities that faced us very early on when we moved here. On top of being African, we were also immigrants; we were facing two major systems of oppression.

Certainly, my three English words weren’t going to help me dismantle systems of oppression, but with the red tape of immigration laws and politics surrounding immigration and my Blackness, it was imperative for me to stay up-to-date with politics and how that would affect our lives. I wanted my voice to be heard in any way possible. I was not going to let our story drown in lies that immigrants come to this country to destroy it. Immigrants are the reason this country stands and continues to stand.

I slowly learned about how politicians in the U.S. function and how you elect them to make changes in your city, county, state, and country. If there was a camera to show my excitement in knowing that I could help make a change, even if minor, it would revisit the innocence of a child who was ready to be involved in government affairs at an early age.

Much has changed during the current administration, but out of the many small hopeful things that happened to me in 2020, one of the biggest victories was becoming a citizen. At such an important election, I had the opportunity to vote, the opportunity to have the impact I’ve wanted to make for 18 years was finally here. The first thing I did was register to vote online. 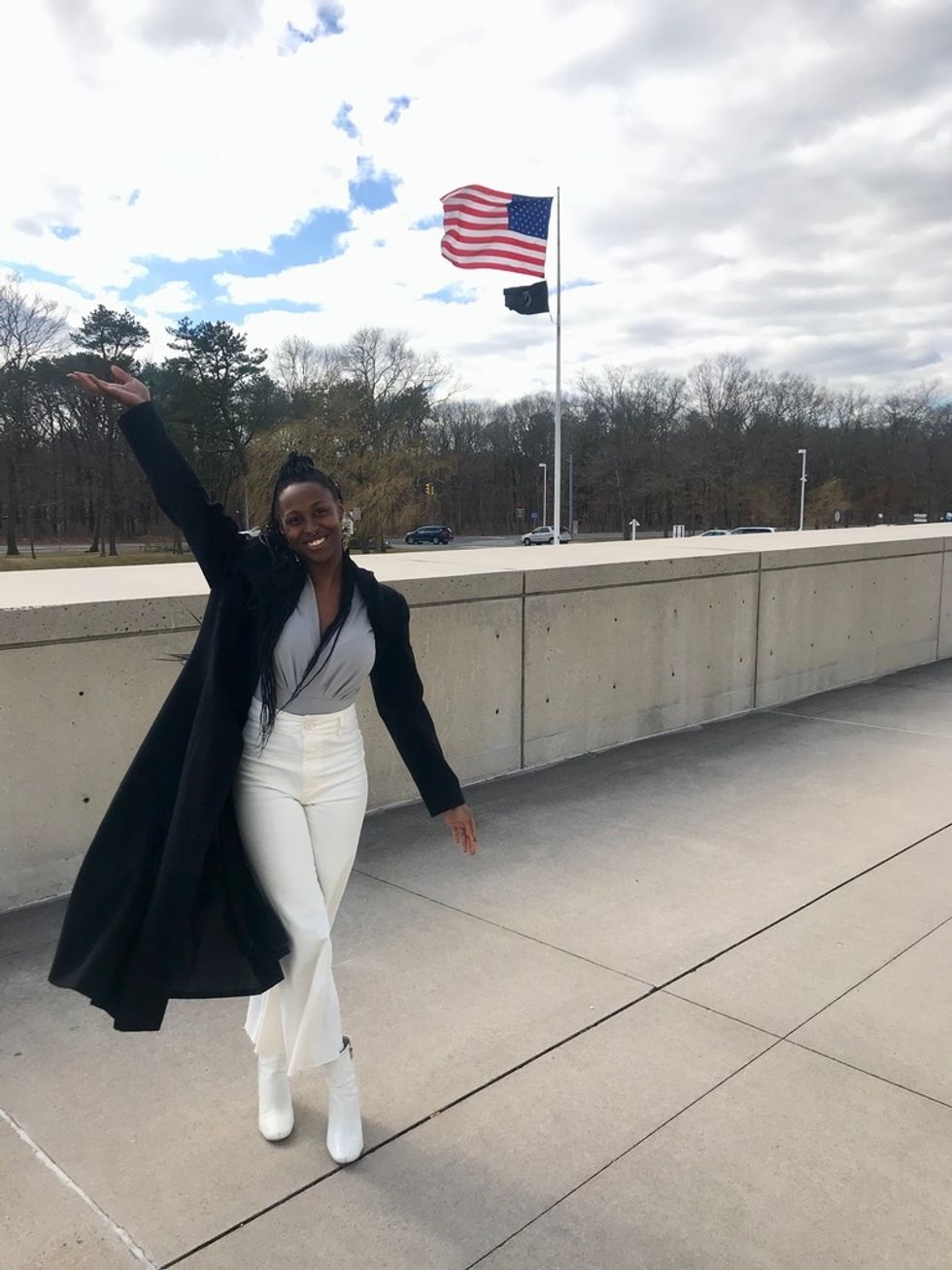 I received my voter card and anxiously awaited my first election. I voted in the Primary election in June but by then, the Republican and Democratic nominees had already been chosen so my real impact was in the local election. I waited to cast my vote for the November 3rd Presidential Election and with COVID, there were many options on how to vote. I originally signed up to be a poll-worker and vote early but with some recent changes, I decided to do an absentee ballot and drop it off at the Board of Elections.

In the United States you cannot vote in Federal Elections unless you are a citizen. You also have to make sure you are registered in time and that all of your information is correct for your vote to be counted. In many states, politicians and communities engage in voter suppression tactics that are both legal and illegal to make it hard for certain people, mostly members of the Black/African-Americans and the Latinx communities, to vote. One could also argue that excessive laws in order to become a citizen, is also a form of voter suppression.

For 18 years, I fought for the right to vote. The fight wasn’t pretty and I couldn’t continue this story without acknowledging the very people who fought for me to become a citizen: my parents. My fight was spiritual, financial, physical, and mentally draining. The ability to vote is a privilege that so many Americans have and was one I wanted the most. Don’t get me wrong voting isn’t always sexy and they don’t make it easy, but I had a burning passion to make a change. So much so that when I couldn’t vote, I made an impact through local organizing, theatrical activism, protesting, and content creation. Throughout the presidential and midterm elections, I constantly reminded my community and friends about researching candidates, propositions, and making a plan to vote. If I couldn’t cast the damn vote, I was going to make sure they did.

Sending an absentee ballot was pretty anti-climatic. I was anticipating walking into the voting booth, casting my vote, and receiving that sticker everyone flashed. The sticker will always be there, but for me, the experience and the importance of being a first-time voter this year was incredible. I know I am making an impact and what divine timing it was that my long journey would come to fruition during such an important election.

It is evident to me that America’s deeply rooted history trial with racism isn’t over. We must abolish the electoral college and two-party system to truly have a diverse pool of voices. My hope is that after Election Day that there can be some peace for marginalized people. We are far from equity and justice, but we deserve a path forward to make the structural change for future generations.