As most people probably did, I had many exciting plans for 2020 but it turns out 2020 had other plans. The past six months have been extraordinarily odd especially for an artist like me whose life is built around activities. The ongoing COVID-19 pandemic did not only stop us from live events which is a huge part of my artistry, it has also kept me away from connecting physically with some of my family members and essentially reduced the great 2020 to a year of survival.

Through the madness, I have learnt at a higher degree, the importance of internal strength and resilience, thanks to a unique experience I had interacting with some everyday Nigerians on the streets of Lagos. I took a ride as a form of outlet for my frustrations and to break boredom when I came across these unrelenting people, who wake up every day and grind tirelessly. The pandemic has no bearing on them, because for all of them, survival is a must and their families must be taken care of. 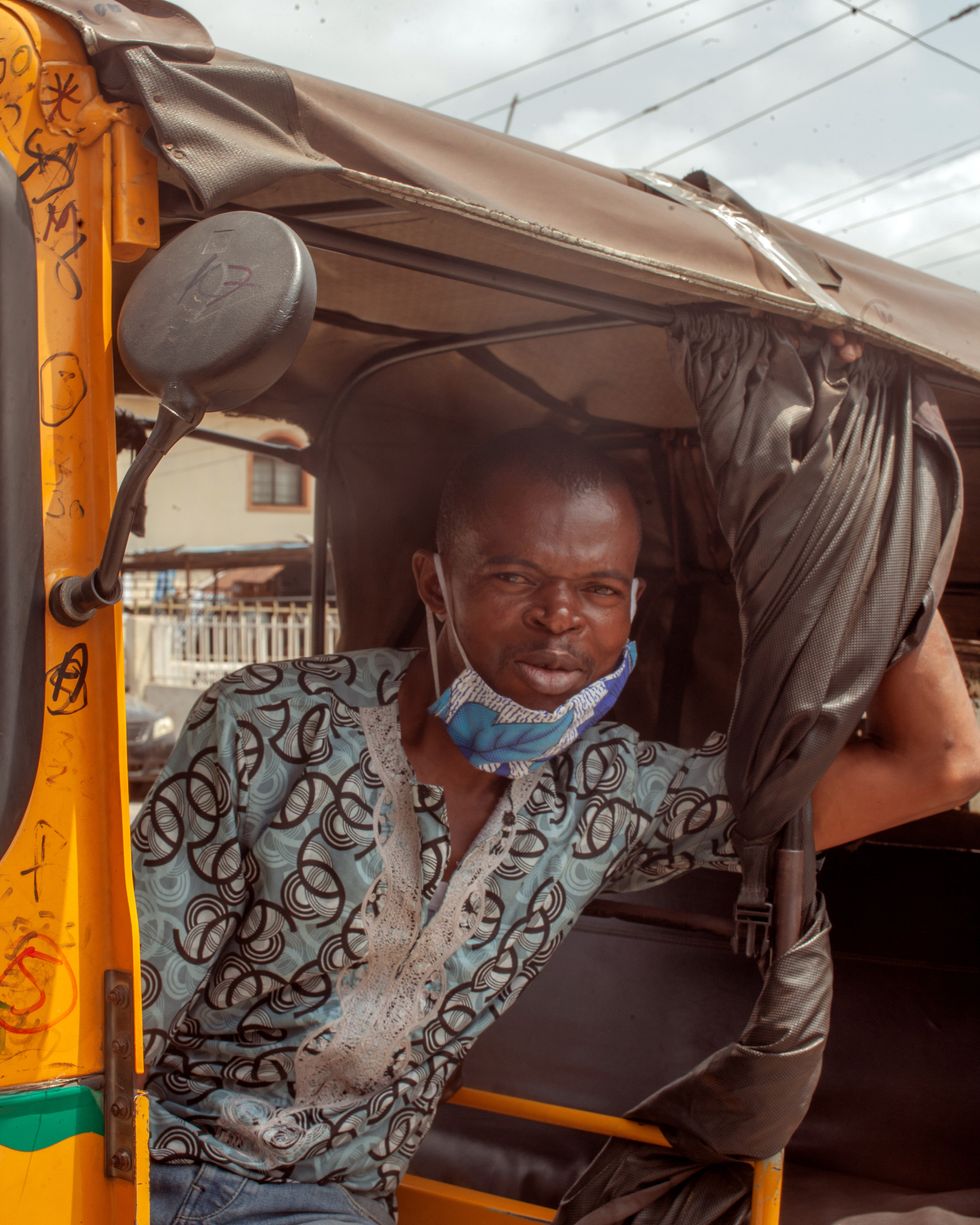 Friday Nwankwo, is a commercial tricycle rider whose family lives on 2,000 naira everyday. He had traveled from Eastern Nigeria to Lagos (Western Nigeria) in the 90s and was able to acquire his tricycle by higher purchase. Friday ran a food stuff business to earn extra income but the business collapsed due to an accident he had while going to acquire some of the goods. Due to recent strict policies of the Lagos state government on transportation, income has been low and Friday fears that his future as a tricycle rider is uncertain. 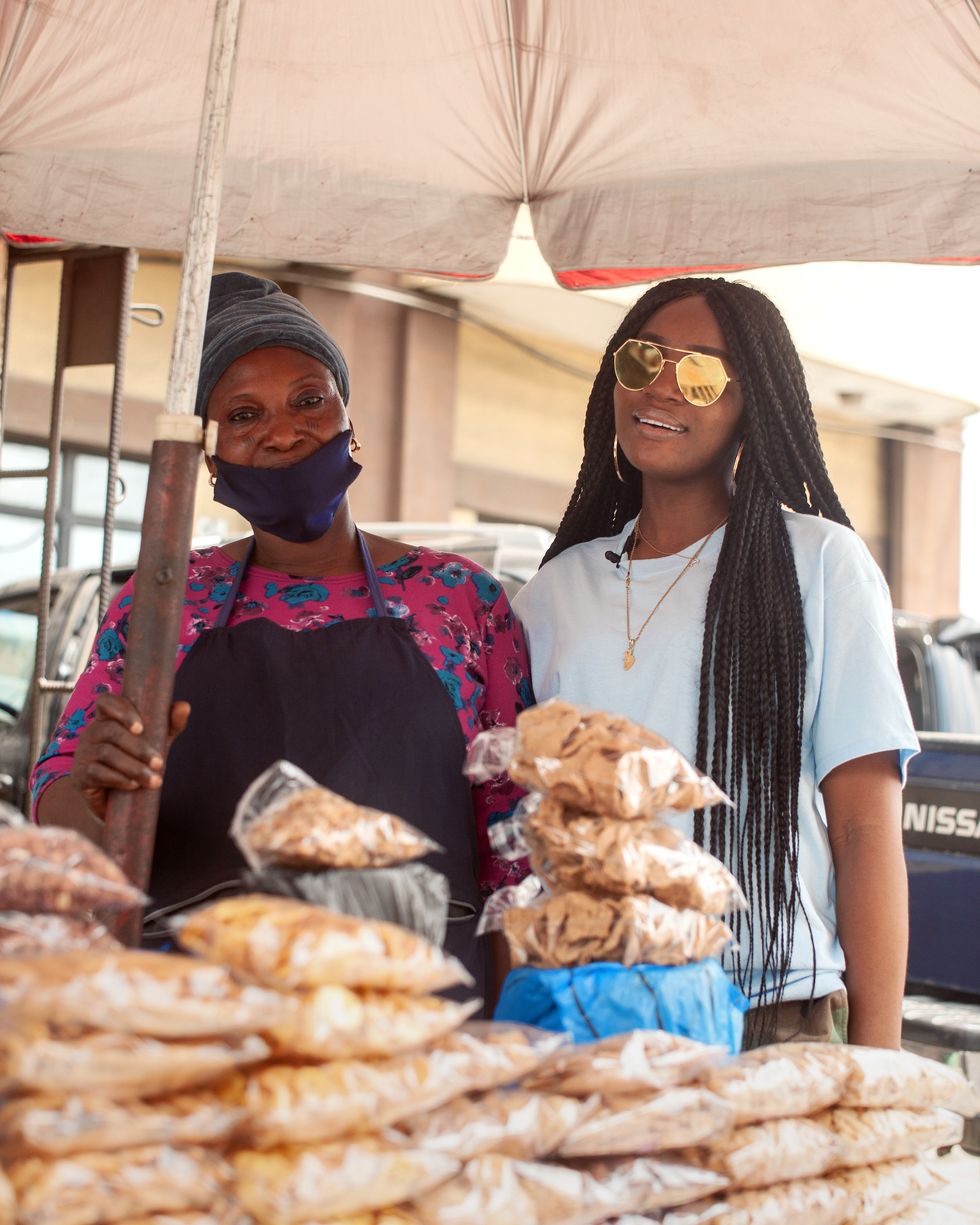 Iya Bimbo sells nuts, chips and other crunchy snacks to support her family. She, like most petty traders, earn very little. To squeeze out more profit, Iya Bimbo processes most of her products herself and travels to a neighbouring country, Cotonou (Benin Republic) to purchase some of her goods. 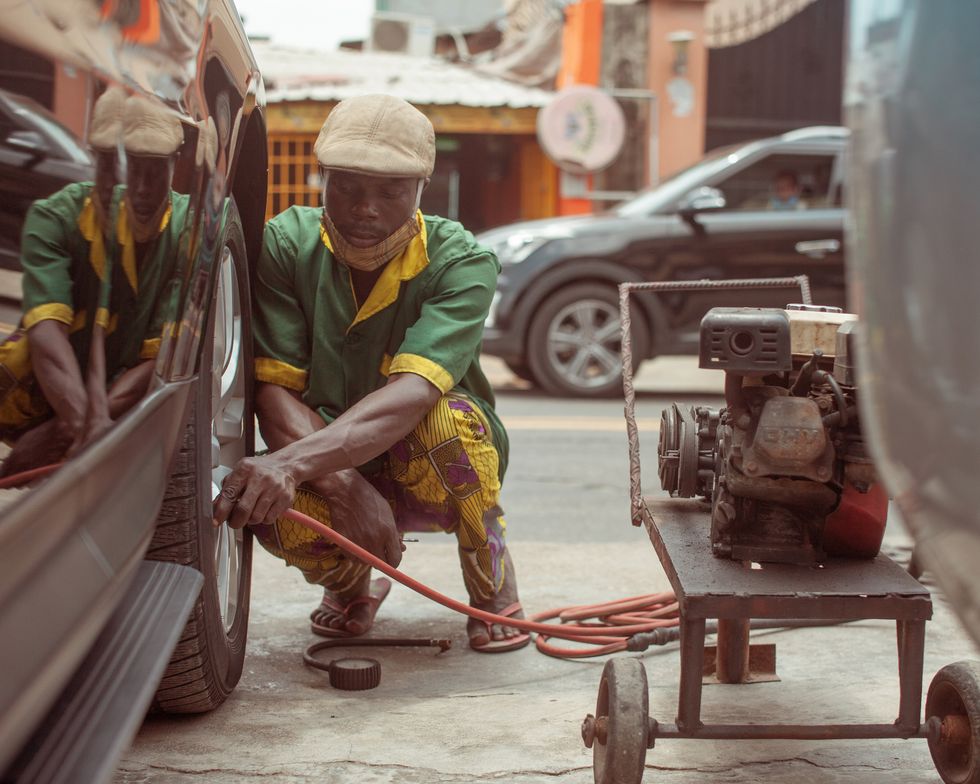 Waliu is a vulcanizer who lives with his family—a wife and three children. He typically charges 300 naira to gauge car tires and half of his daily income goes to the feeding and welfare of his family. The pandemic has, however, stifled the flow of income and Waliu says he now relies mostly on his savings to take care of his family. 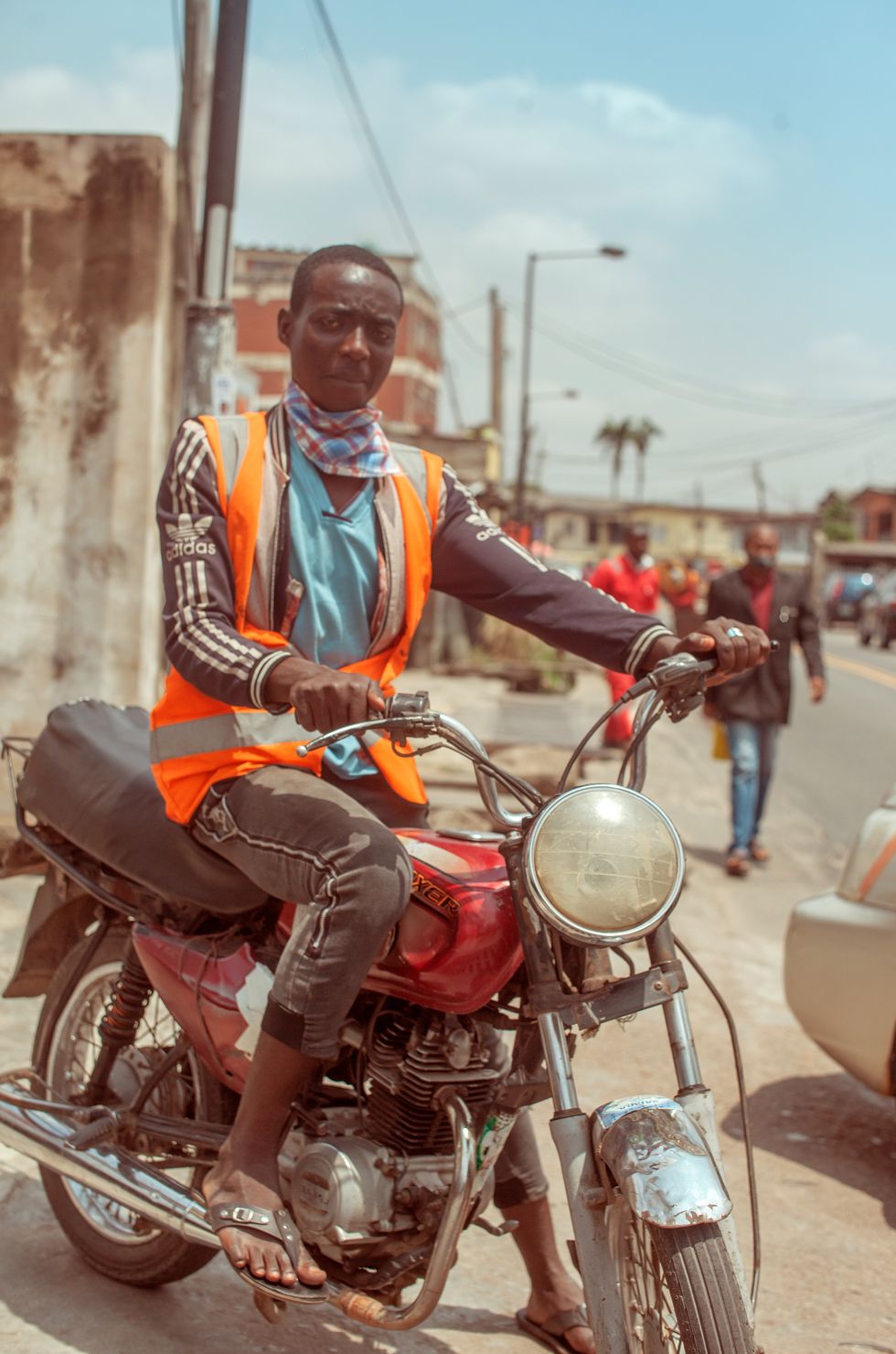 Musa is a commercial motorcyclist. He moved to Lagos from Sokoto (Northern Nigeria) five years ago. Musa saved up enough money from his previous business of selling oranges to acquire his commercial bike. He plans to go back to the Orange-selling business in the near future as the business of driving commercial motorcycles in Lagos isn’t as lucrative as it once was. Musa is however, thankful that the burden of rent isn’t on his shoulders as he lives with a friend who is a security man somewhere here in Lagos.

These interactions brought me a great deal of perspective and forced me to find light. I found strength and the resolve to diversify my approach to the music and adapt to the current climate. I have, as a result, penned a eulogy which is dedicated to everyday people who scale the hurdles of life, never back down and survive through all of life and its setbacks. The message is of course, in the form of a song titled “Tuale.”

“Tuale” is translated as “Salute” or “Shout out.” I am saluting and shouting out everyone who is holding it down for themselves and their families and all my fans who have been holding me down all these years. “Tuale” will arrive this Friday, August 21.